Why is Sustainable Fashion Important?

4 Reasons Why Sustainability is Important in the Fashion Industry

While the fast fashion industry has grown exponentially within the past decade, so has public knowledge about their poor practices that have major consequences on the environment, workers, public health, and other related issues. Because of this, discussions about sustainability are becoming more widespread, and its practice among different fashion brands is slowly shifting the fashion industry and the people it caters to.

However, you might be asking: why should I care about sustainable fashion? After all, fast fashion gives us on-trend pieces that are more than affordable. Here are just a few major reasons the sustainable fashion movement is important, and why everyone should make the shift.

What is the Sustainable Fashion Movement and Why is it Important? 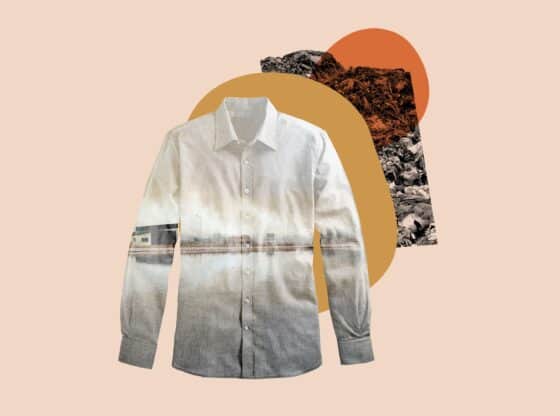 The fast fashion industry has become one of the biggest money-making industries in the world within the past few years, taking over the custom-made clothing and slow fashion that preceded it throughout the past. This is because the model gives consumers the ability to shop for the latest trends without having to spend a fortune and to be able to buy several new clothes for the price of one higher-end product.

However, this surplus of clothes that now exists in the world causes problems in many different facets, and the fast-fashion model is absolutely not feasible in the long run. Hence why sustainable fashion and ethical fashion have become such important things to consider; sustainable fashion creates clothing that is beneficial for all, in every step of its supply chain.

Not only is switching to sustainable fashion beneficial for the environment and garment workers, but it’s also a much more beneficial system for you, even if you might not realise it right now.

How Does Sustainable Clothing Benefit the Environment? 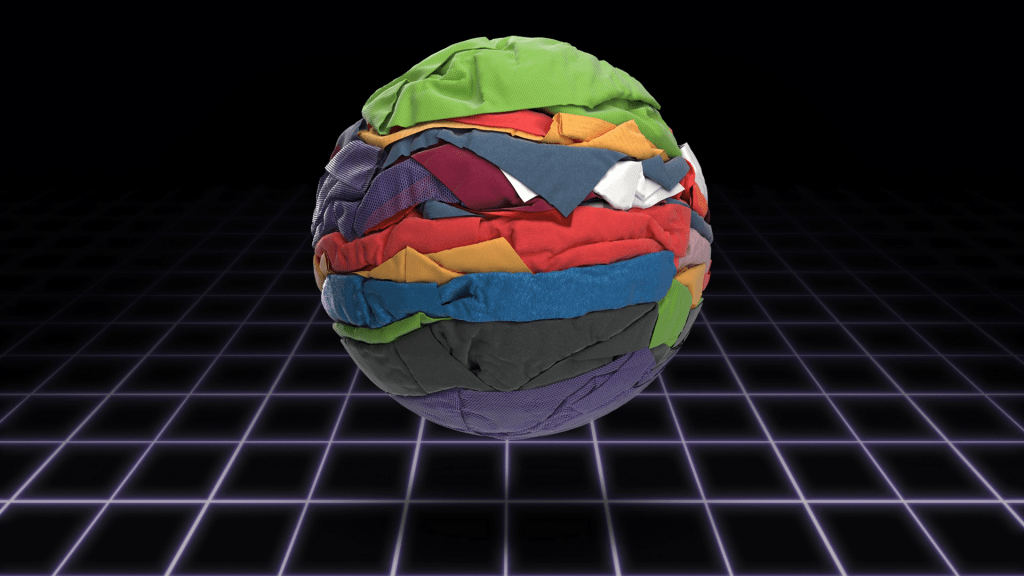 It’s always the better option to choose anything with a positive impact on the environment rather than the ones that destroy it. Here are some of the most important impacts of the sustainable and ethical garment industry.

The fast fashion industry is currently the second-largest polluter in the world, with millions of tonnes generated in textile waste production each year.

The environmental pollution caused by the textile industry is staggering; through their water consumption, 20% of total global water waste is produced, the manufacturing process and international flights and maritime shipping taken for delivery lend to 10% of global greenhouse gas emissions, 92 million tonnes of textile waste is generated with an equivalent of one garbage truck of clothes being dumped in landfill sites or incinerated every second, toxic chemicals used in clothing production make their way into local waterways where the production processes occur, and even more increasingly alarming issues that contribute to climate change.

The environmental impact that this industry has made seems almost irreversible, but this doesn’t have to be the case, and sustainable fashion is the solution. Thanks to sustainable clothing brands producing garments made with recycled materials, resources that would have otherwise been dumped and forgotten are given new life, lessening overall global textile waste.

By supporting fashion brands that create eco-friendly clothes and vegan fashion that prioritise sustainable practices in their production chain, you are directly helping combat wasteful practices and reducing the industry’s negative environmental effect. 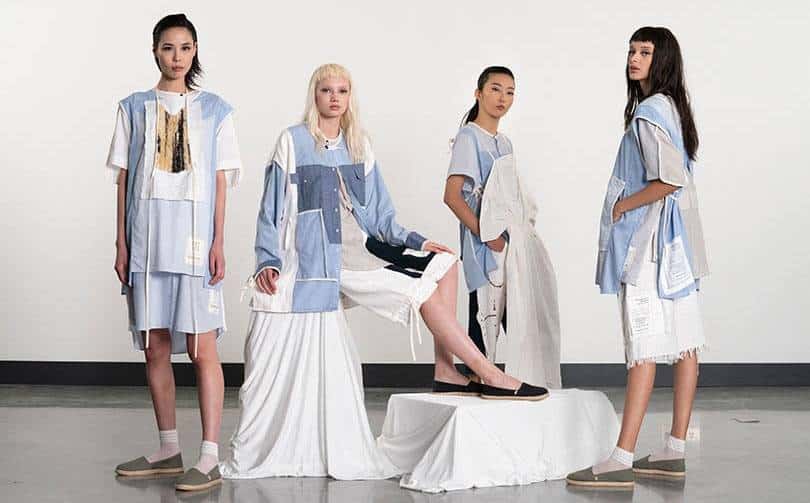 In relation to the industry’s massive environmental footprint, another side effect of fast fashion that many consumers aren’t aware of is the number of microplastics that are generated and released when buying and making clothes made with synthetic materials.

With every wash of these items both in production and in our homes, alongside their degradation process once they’re thrown away, microplastics and other chemicals are released into our waters and cause harm up the food chain through various ecosystems, from marine to soil and so on.

Because fast fashion clothing is dependent on synthetic fibres to create cheap clothing, continually supporting these brands and stimulating their production will have a negative impact for thousands of years to come.

Sustainable fashion brands that focus on eco-friendly production are helping to combat this destructive issue by opting for natural materials such as organic cotton or linen in their clothing. By using these natural fibres and significantly more sustainable materials that compost naturally or recyclable materials, sustainable clothing lessens environmental damage that could last for millions of years.

Another major issue of the fast fashion model is its exploitative nature. The often dirt-cheap prices that many consider “too good to be true” is just that. Millions of textile workers are employed within fast fashion, but the industry purposely locates their mass-producing factories in developing countries where labour laws are lax, thus allowing companies to severely underpay the people that make their clothes in order to create massive profits and put them in working conditions that are dangerous and unhygienic.

And because these workers in the production sector are paid significantly lower than minimum wage, they resort to bringing their children into the fold to help make ends meet. Because of those aforementioned poor labour laws, child labour has become a rampant and unfortunately common side effect of fast fashion.

Cheap labour also doesn’t start and end in the factories; farmers that harvest the raw materials needed for these clothes are also overworked and underpaid, and the non-renewable natural resources from which they harvest are abused until they are completely depleted.

This is where ethical fashion comes in; ethical clothing focuses on protecting worker welfare and rights, providing safe and hospitable working conditions and liveable wages, and supporting farmers and other suppliers through fair trade. Fair trade doesn’t only help the people that collect local materials, but also respects natural resources and sustains rather than depletes them.

By supporting ethical brands, you also support and positively impact the lives of the people that make your clothing. 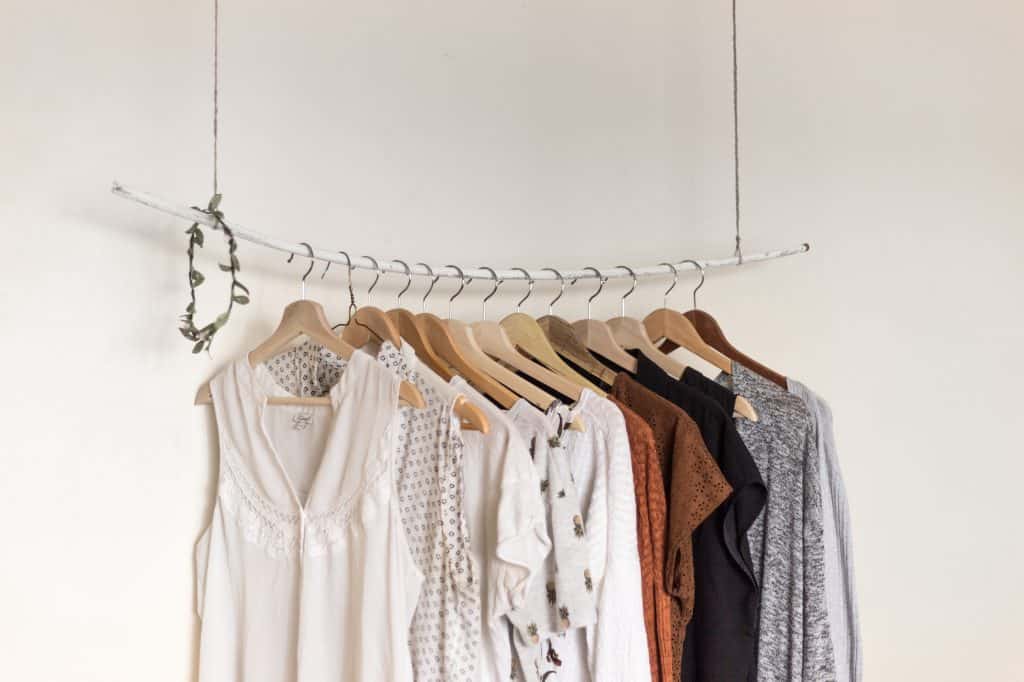 Because the fast fashion industry churns out so many clothes in such short spans of time, trends come and go at rapid speeds and consumers buy and toss clothing according to their “wearability” or how in-fashion they’re considered to be. This is part of how the industry creates so much revenue; despite individual pieces being so affordable, consumers unknowingly spend loads of money in the long run and accumulate pieces they won’t be wearing for very long.

Additionally, this need for quantity means workers aren’t able to create quality works or stitches in order to keep up with the need for so much clothing at once. This, plus the cheap synthetic materials used, lead to poor quality and consumers tossing barely used clothes because they are designed to only last a few uses, leading the consumer to buy again and repeating the cycle. With this system, it’s no wonder why the industry is the cause behind so much environmental pollution.

Buying from sustainable brands helps break this cycle of buying, tossing, and dumping so frequently. Because these brands place focus on sourcing good materials, giving textile workers liveable working conditions and wages, and avoiding trends for more timeless looks, consumers are able to buy less and wear clothes that will last them a long time as well as give them personal styles that are more individualistic rather than trendy or widespread.

With sustainable fashion, one can build a wardrobe with a good amount of pieces that are sure to be with them for a long time instead of in landfills after a handful of uses.

There are more than a handful of reasons why sustainable fashion is the way of the future. From helping the environment, marginalised communities, and even the people buying these clothes, there are so many benefits that come out from supporting sustainability rather than the fleeting and destructive model of fast fashion.

So forget your loaded online cart of clothing that will just serve as clutter in your bedroom and eventually the dump, and support brands that create high quality, good looking clothing that surpass trends and that are beneficial to the planet and communities around the globe all at once.

Ellora Sharma is a 26-year-old fashionmonger from Leeds. She discovered her love for fashion through the many intricate and flashy designs found in the Bollywood films she religiously watched when she was younger (and continues to watch to this day). She has since developed an affinity for colourful and distinctive clothing, and loves to experiment with her style on the daily. She wants to help others find the same kind of joy and fun in clothing as she has.

Previous Article
What to Wear to a Wedding: The Best Wedding Guest Looks of 2021
Next Article
Beach Outfits: How to Dress Appropriately for the Beach

What is Sustainable Fashion?