While many TV characters have become trendsetters in their own right while their shows were airing, no one has made quite as big of an impact as Carrie Bradshaw has. Even 17 years after the final episode of Sex and the City aired, the character alongside her girls, Samantha Jones, Charlotte York, and Miranda Hobbes have remained fashion influencers for women all over the world today.

Thanks to costume designer Patricia Field, Sex and the City has had a hand in turning individual pieces into must-haves and in giving us more than a handful of unforgettable outfits to replicate. Let’s take a look into Carrie’s wardrobe and at some of her best outfits from the show’s six seasons.

We would be remiss not to include perhaps the most iconic outfit from Sex and the City and Carrie’s wardrobe that even non-fans of the show would be familiar with.

The tiered white tutu skirt, pale pink sleeveless shirt and strappy heels make up the very first outfit that Carrie wears in the show and that we see her wearing the most, given it’s what she wears in the opening credits of every episode. 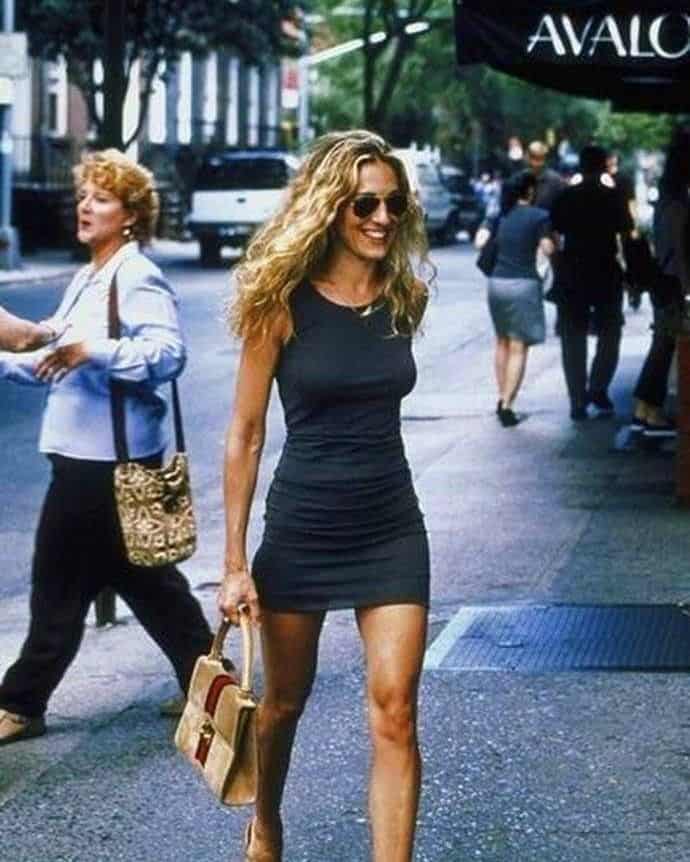 Some looks become iconic simply due to their simplicity and timelessness. This figure-hugging LBD that Carrie wears in season 2  for lunch with Samantha, Charlotte, and Miranda was accessorised simply with her trademark ‘Carrie’ necklace, aviators, and stunning golden curls. 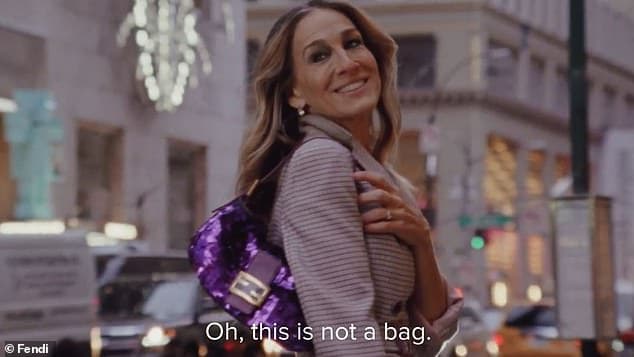 Carrie Bradshaw has donned a number of designer bags throughout the run of Sex and the City, but none have become quite as synonymous with the character as the Fendi baguette.

When a robber in season 3 asks for the purple sequined Fendi piece, Carrie replies the unforgettable line of, “it’s a Baguette,” catapulting the mini-bag into fashion trend status. 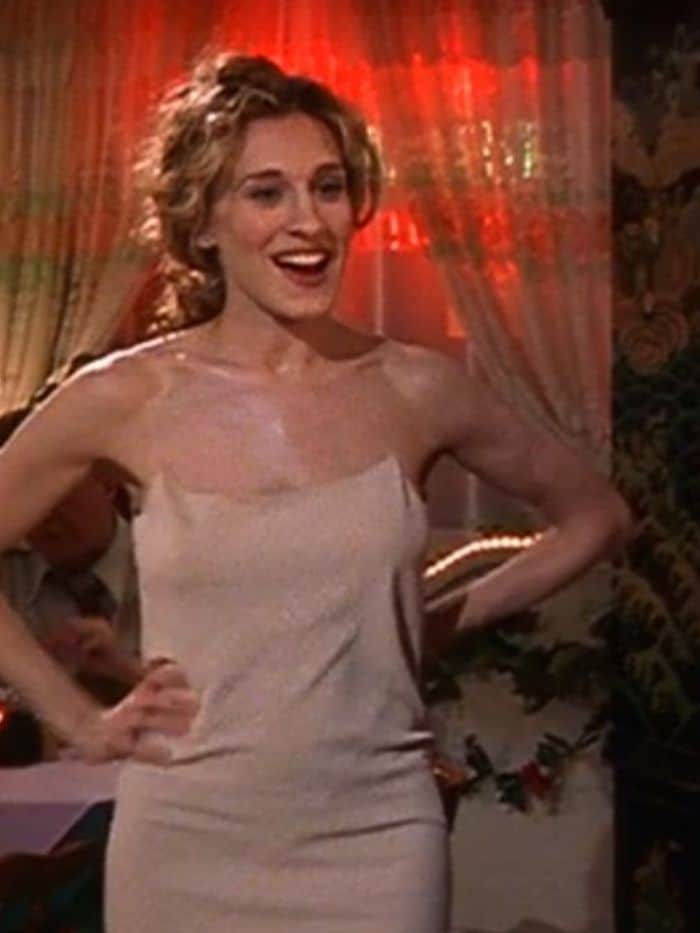 Another unforgettable piece from the first season of Sex and the City is Carrie’s nude mini slip from DKNY. Carrie wore the dress for a photoshoot to promote her newspaper column then for her first date with Mr. Big, with the sleek look being a perfect representation of 90s minimalism in fashion. 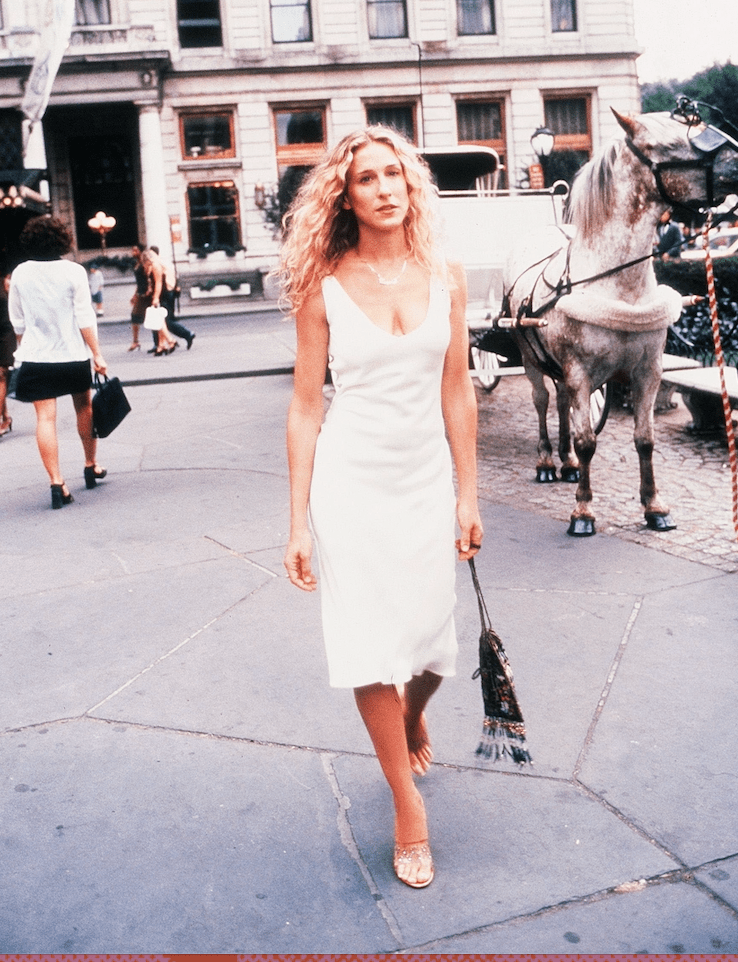 Carrie’s Sex and the City wardrobe is full of elegant slips, and this white dress that Carrie wore when she runs into Big as he leaves his engagement party will always be a favourite and would help turn the ‘little white dress’ into a fashion essential.

While fur coats may no longer be the very definition of fashion today as they used to be due to their environmentally unfriendly nature, it’s undoubted that it was one of Carrie’s most-worn and unforgettable articles of clothes that she wore on the show.

Carrie wore and dressed the piece with different clothes, from a little black dress to checkered pants to a bold pink and blue shirt. 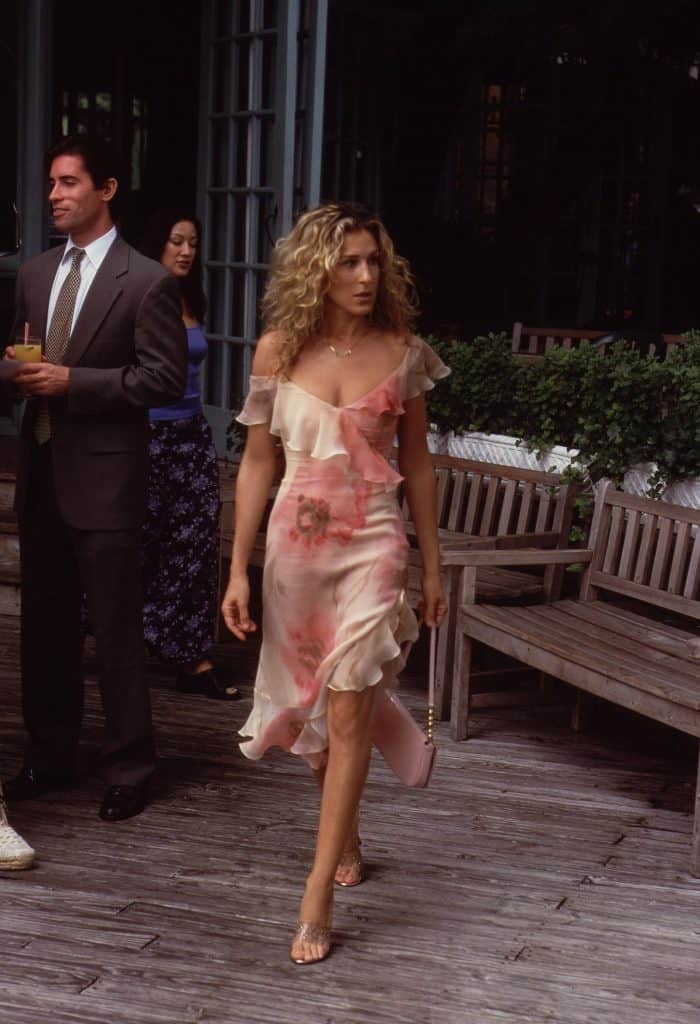 This stunning floral midi dress is something every woman still wants for her own wardrobe. Carrie wore this dress from Richard Tyler’s 2001 Resort collection in season 3 when she would take an unexpected swim in Central Park’s boating pond with Big. 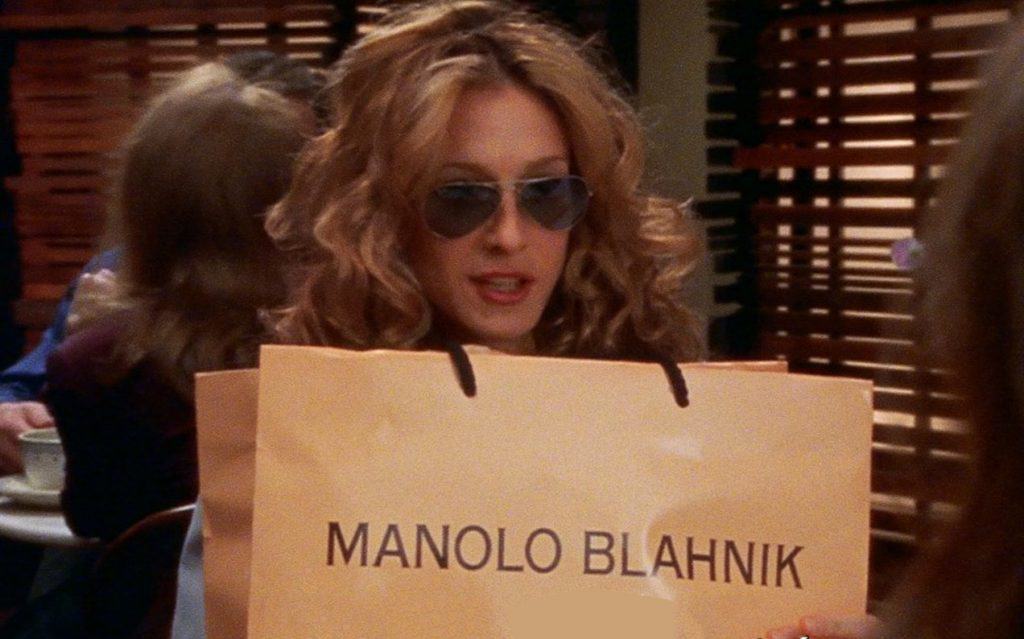 Carrie Bradshaw was all about shoe shopping as a mode of self-care, and many episodes throughout the seasons would focus on her shoe obsession from getting dog poo on Christian Louboutins to losing Jimmy Choos.

However, there was no other item in fashion that appeased Carrie more than a pair of Manolo Blahnik high heels. The designer shoe brand would become a household name thanks to the show and became synonymous with Carrie and her signature style. 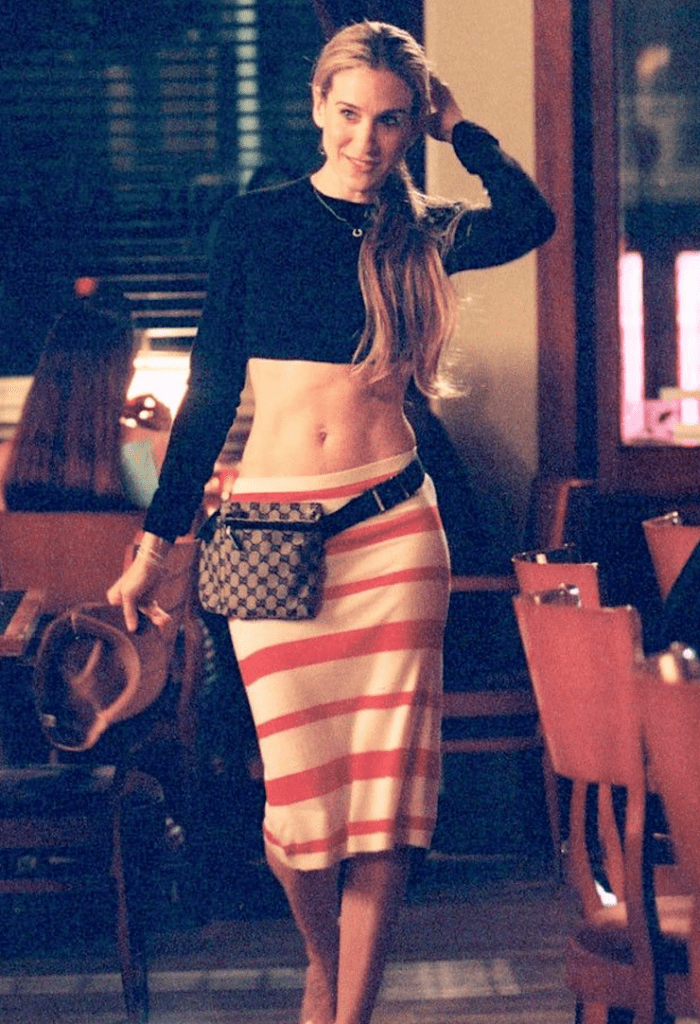 Before the crop top became the preferred style of the current decade, Carrie Bradshaw was rocking the abs-on-show look. Carrie wore a number of crop tops and bralettes during the show like this long-sleeved cropped shirt that she would wear with a striped skirt in season 4. 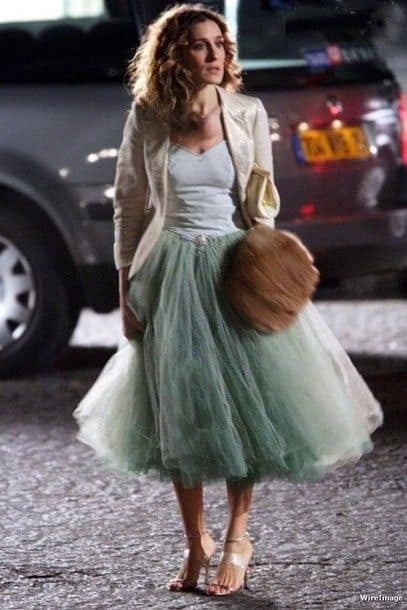 In the now-classic final episode set in Paris, Carrie wears an outfit that calls back to her roots in the show and that we still see as a major fashion moment. Carrie’s outfit in the episode is a foam green tutu dress, a fun yet more mature ode to her opening credits short skirt and tight shirt combo.

Carrie Bradshaw was always dressed to the nines throughout the run of Sex and the City, and Carrie’s fashion in the original series has remained influential even 20 years on. From New York to Paris, Carrie’s style evolved and continued to stay relevant.

With the upcoming Sex and the City reboot, And Just Like That…, upcoming, and bringing back our favourite women, including a new role played by Nicole Ari Parker, we’re excited to see new looks that could start trends all over again.

Tina Li is a part-time writer and full-time mum from London. Despite living a somewhat hectic life, Tina always finds time between taking care of her young kids and keeping up with what’s in vogue. She loves to visit the high street when she can and pick up anything that’s both simple yet statement.