Along with her soul-baring music, Grammy Award-winning singer-songwriter Billie Eilish has also become well-known for her distinct fashion sense, always seen wearing oversized, baggy tracksuits and streetwear on and off the red carpet. While many people may have simply seen these outfits and waved them off as teenage street-style, the clothing choices also represented how the teenager felt about herself.

In several past interviews, Eilish was very open about her insecurities about her body and her fear of being judged and sexualised, foregoing body-hugging clothing for baggy outfits that kept people from seeing her body and saying anything about it. 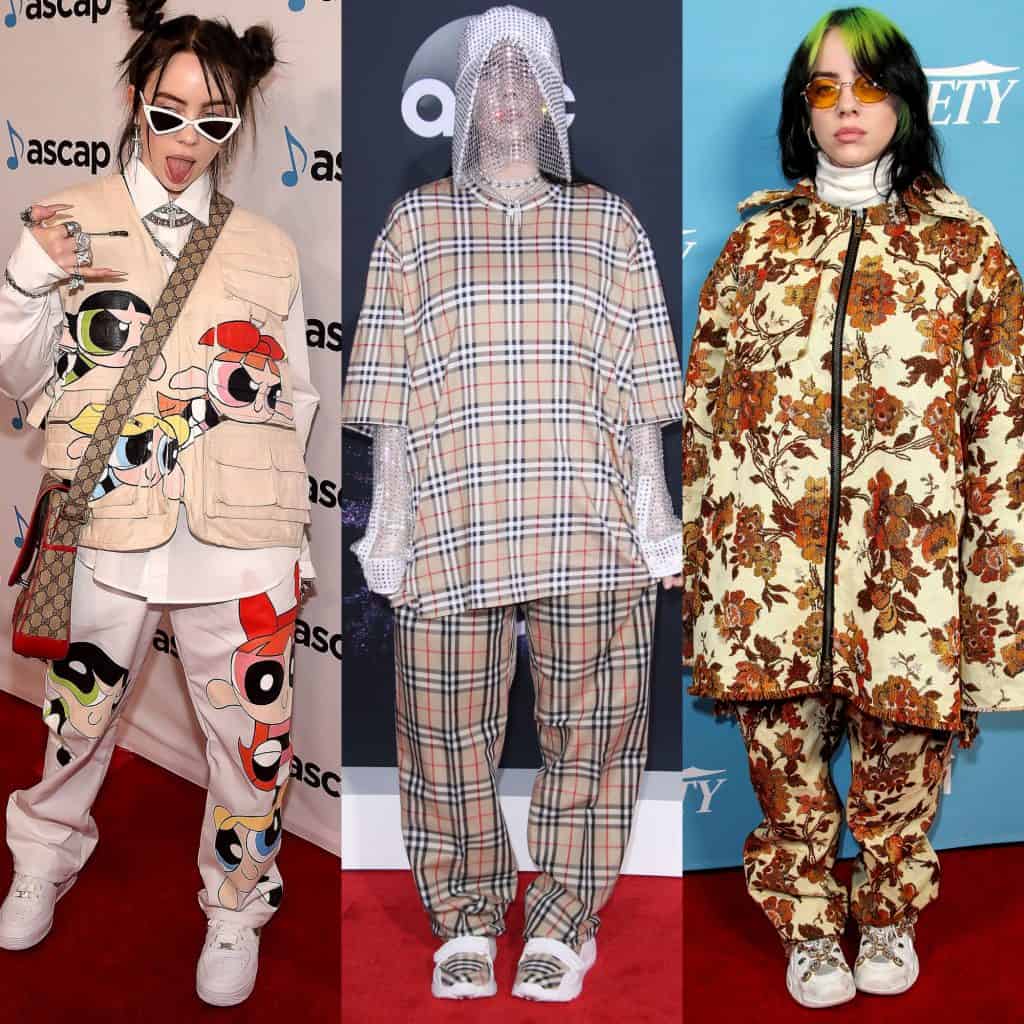 But just two years later, it would become evident that the young singer would shed these insecurities, letting the world know that no one was is in charge of her body but herself. 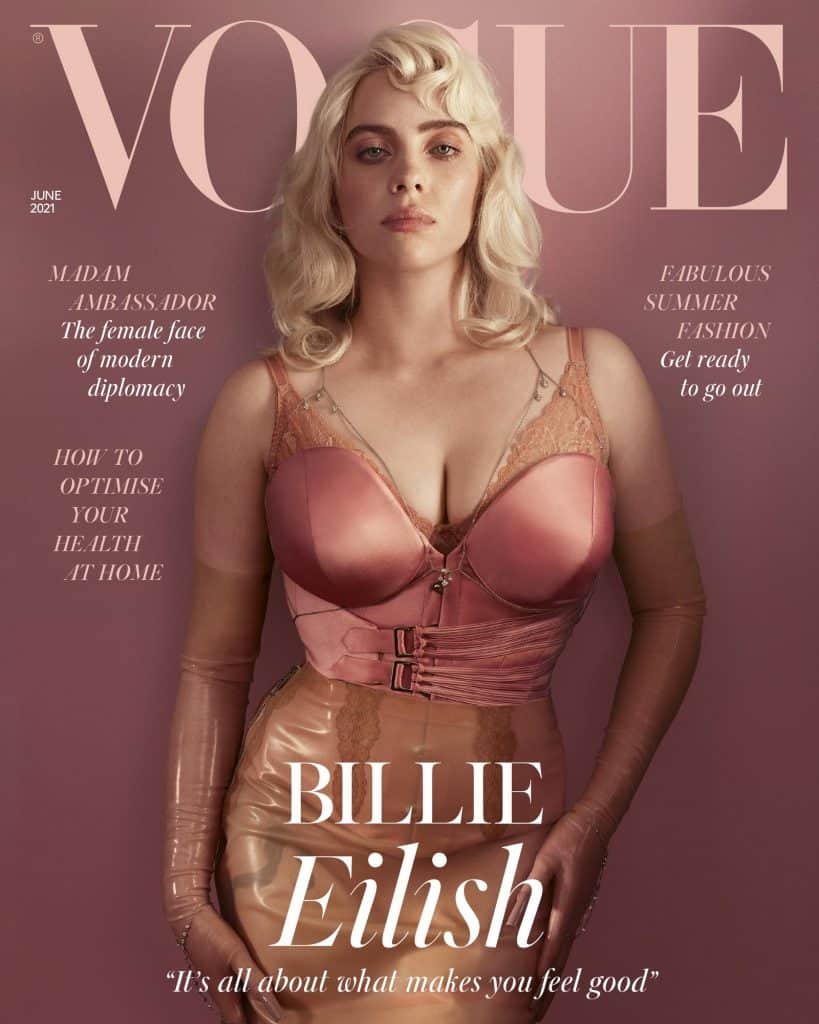 In the June 2021 issue of British Vogue, we got to see a different version of Billie emerge. The jet black and neon green hair she sported for over a year were now replaced with silky, light blonde locks, and the baggy tracksuit exchanged for a pink Gucci corset over Agent Provocateur lingerie paired with latex leggings and gloves.

The set of pin-up and old Hollywood-inspired looks debuted in the issue is a complete transformation and one that says multitudes as well. 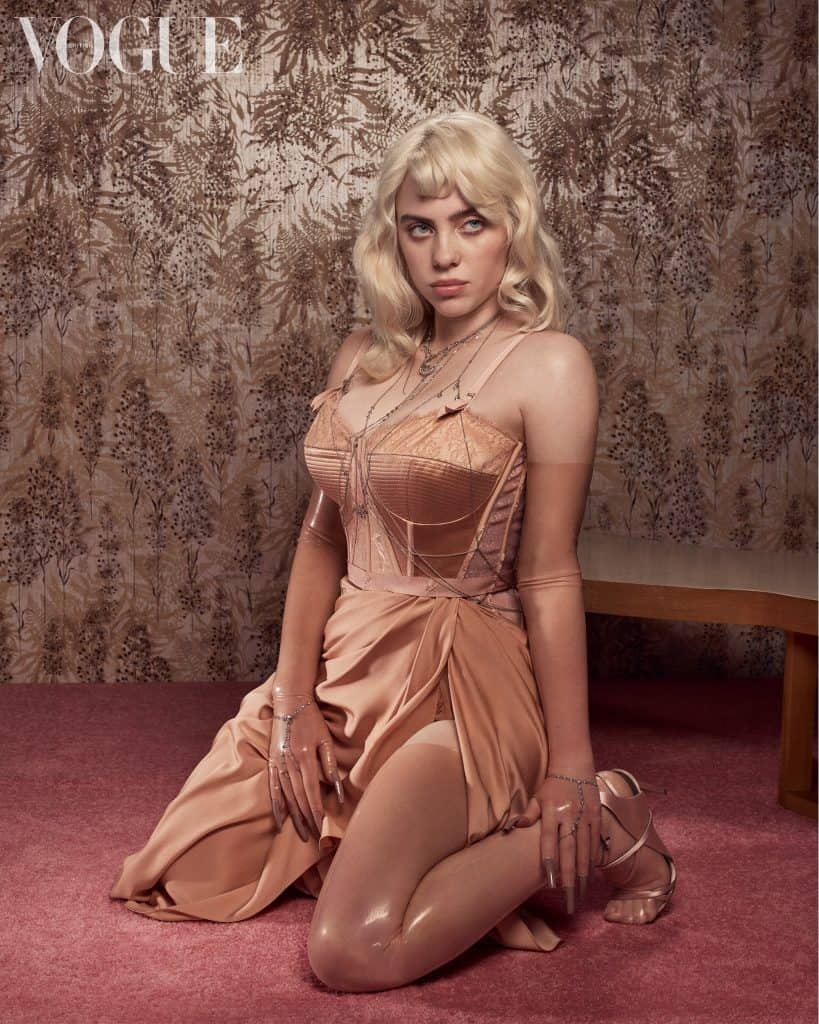 “My thing is that I can do whatever I want,” she told journalist Laura Snapes. “Suddenly you’re a hypocrite if you want to show your skin, and you’re easy and you’re a slut. Let’s turn it around and be empowered in that. Showing your body and showing your skin — or not — should not take any respect away from you.” 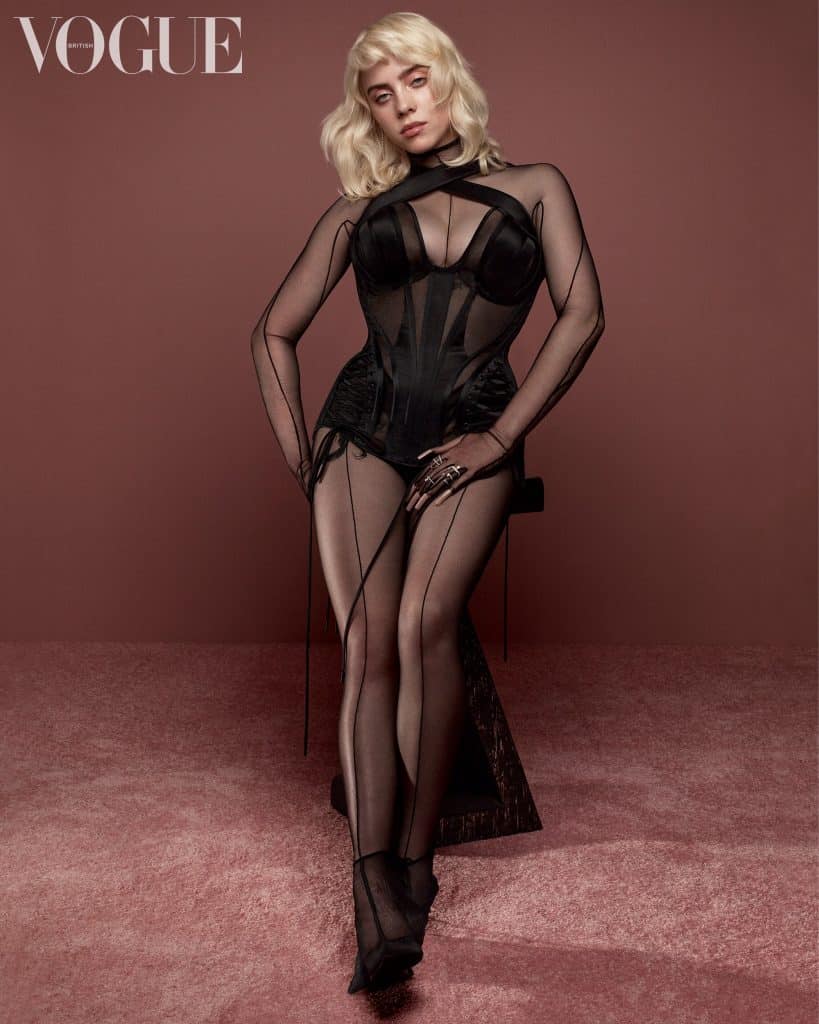 This was an important message for the singer to send out into the world. As a young person in the spotlight, it was inevitable that Billie would have hoards of young girls looking up to her and relating to her insecurities.

Thanks to her openness in the past, many girls felt less alone in their personal struggles with their body. Now with the singer opening up to newfound confidence, these fans can also feel empowered to take back control and feel at home in their own skin. 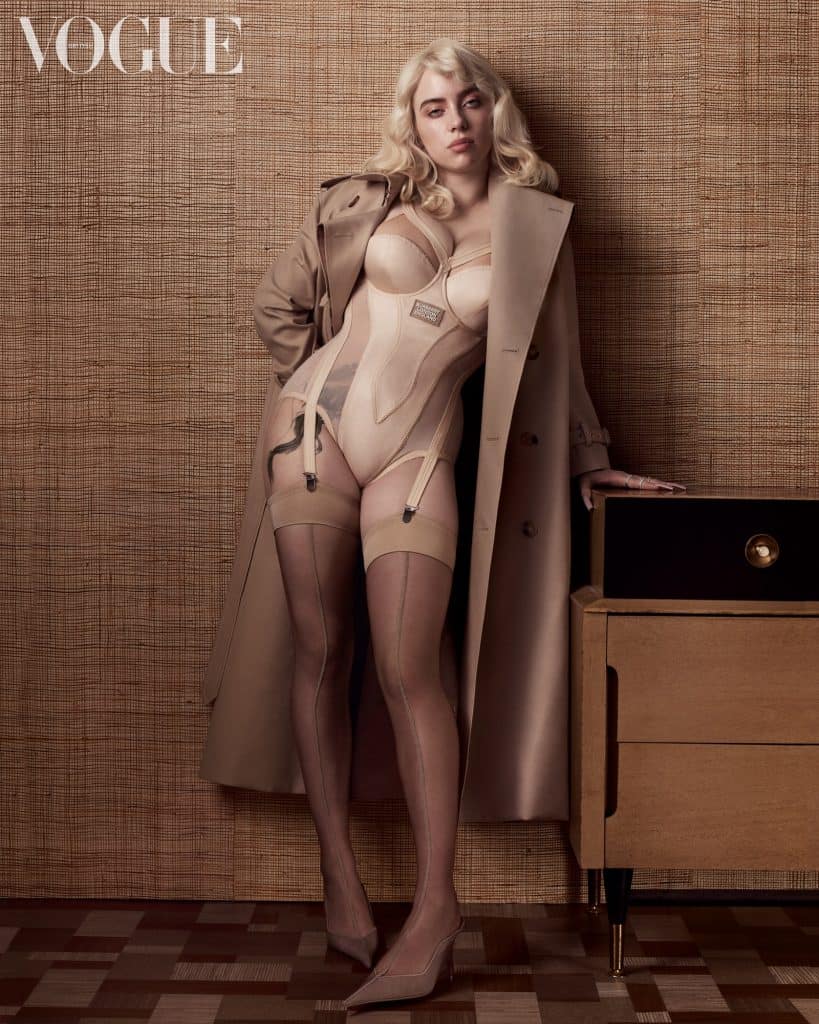 This shift in appearance isn’t only superficial, but one that comes from a personal place, and is an apt visual representation of the new music Eilish is soon to release. But even before her new album makes its way into the public, we’re lucky enough to become witness to a deservedly unashamed new philosophy from the singer.

“People always say, ‘How would your younger self feel about you now?’ And that’s a good thing to think about in some cases, but I also think you shouldn’t try to be a person that your old self would like, and you shouldn’t try to be the person that your future self is going to be, ” she shares. “You should be exactly who you feel like you are and want to be in that moment, otherwise you’re going to go insane.”

Anna Kim was born and raised in Korea before moving to London at age ten. Surrounding herself with other fashion-lovers and having constantly experimented with her style since childhood, Anna isn’t afraid to stand out in what she’s wearing. Her lifelong adoration for all things fashion and her strong roots where she grew up have allowed her to write and share about anything and everything that’s currently trending in Asia and the rest of the world.

Previous Article
Capsule Wardrobe: What Is It and How To Start One
Next Article
Colour Blocking Best Practices: How to Colour-Block Outfits